Williams built a sculpture, Ghost Trails, based on a map he found from the 1940’s tracing the meanderings of the Mississippi River.  In an ambitious move, he decided that the piece needed to be launched in the waters that inspired it and built a raft and floated it on the river itself. The sculpture was then used as the backdrop for a performance choreographed by former resident Monique Moss.

Bernard Williams holds a B.F.A from the University of Illinois at Champaign-Urbana, and a M.F.A from Northwestern University.  Williams taught art at The School of the Art Institute of Chicago from 1991-2003 and 2010. He is currently represented by the Thomas McCormick Gallery (Chicago), the G.R. N’Namdi Gallery (Chicago-Detroit), and Slate Gallery (Brooklyn, NY).

“Early on during my stay, I was taken with newspaper reports of a young man losing his life in the river.  This became a subtext for my sculpture project concerned with invisible root systems and the river’s meandering history.  I decided to mount the river myself, to risk the river.  Getting onto the river with the sculpture and the raft became a sort of meditation on all the mentioned aspects of the river: the invisible undercurrents, early riverboat traffic among flatboats, keelboats, and steamboats delivering cargo of all types, the fantastic meandering routes, and the river’s appetite for consumption.” – Bernard Williams 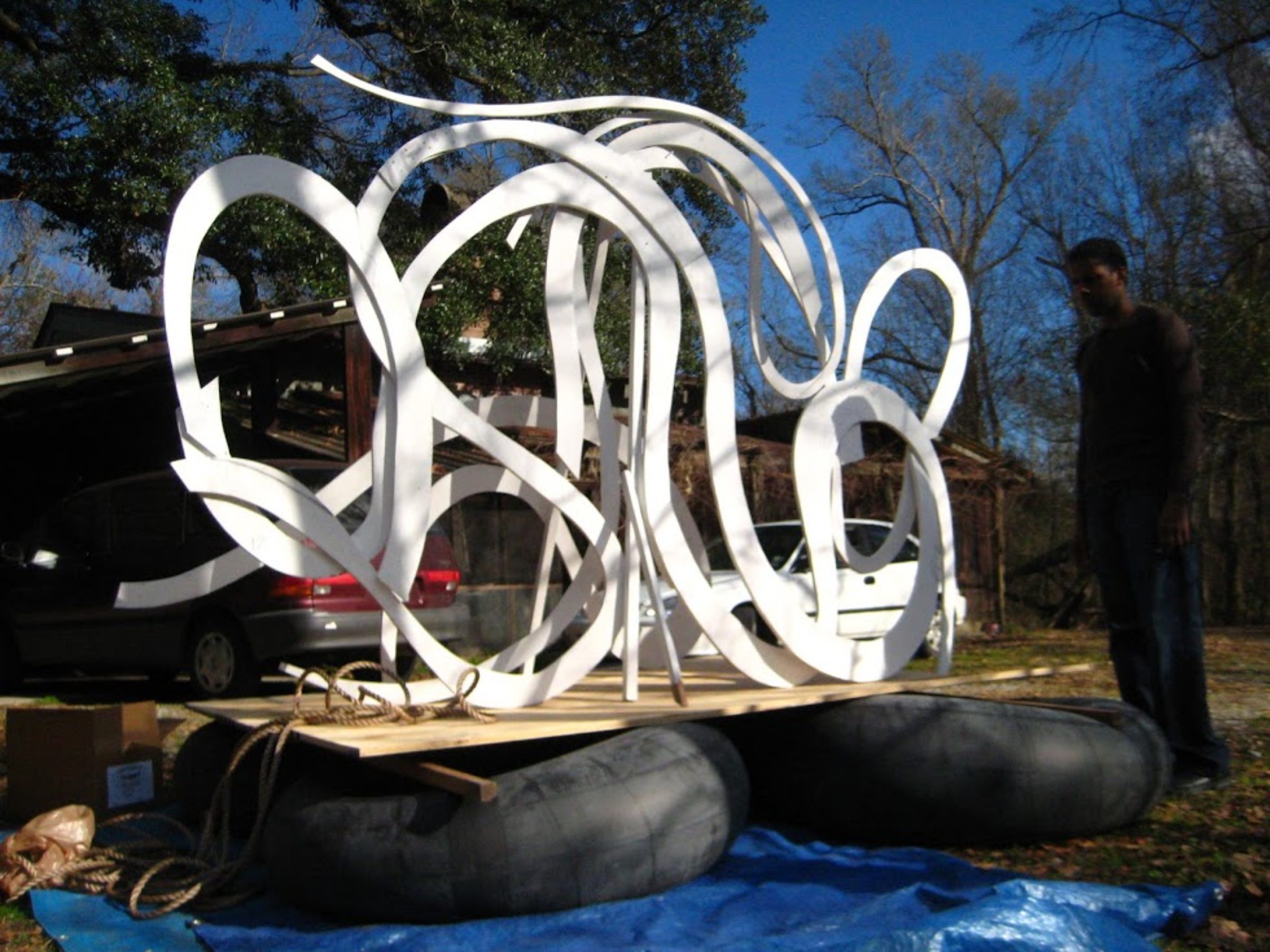 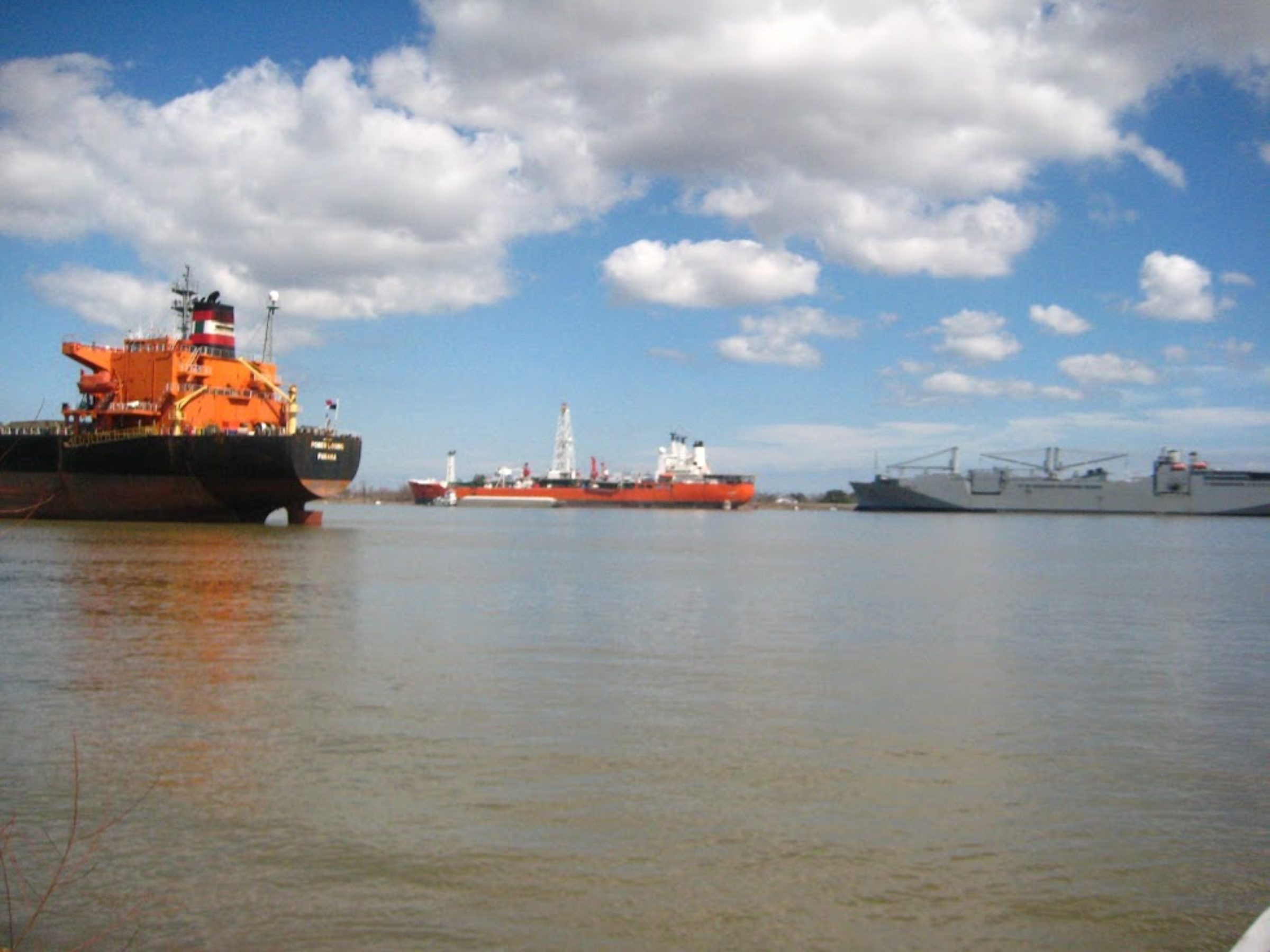 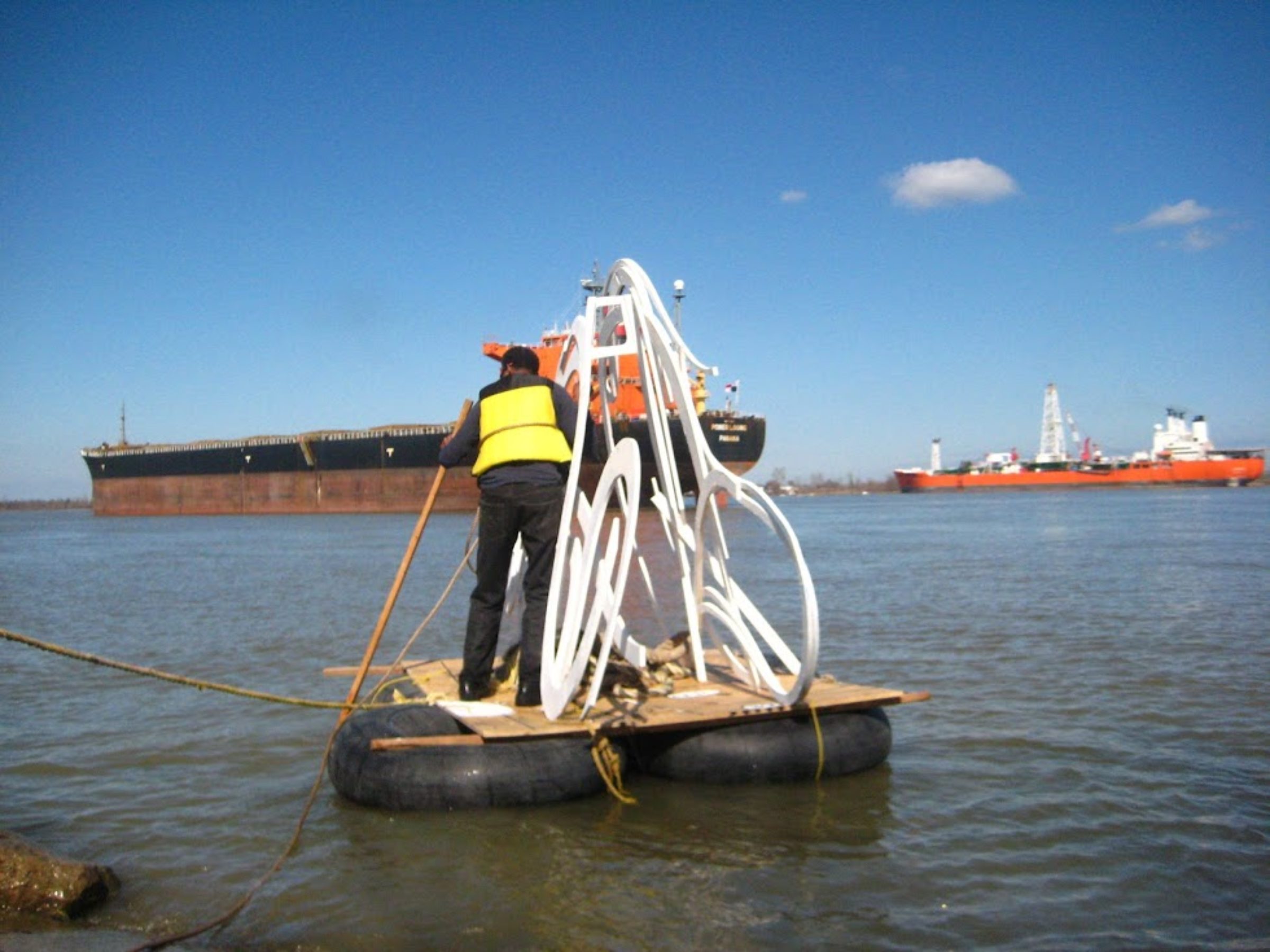 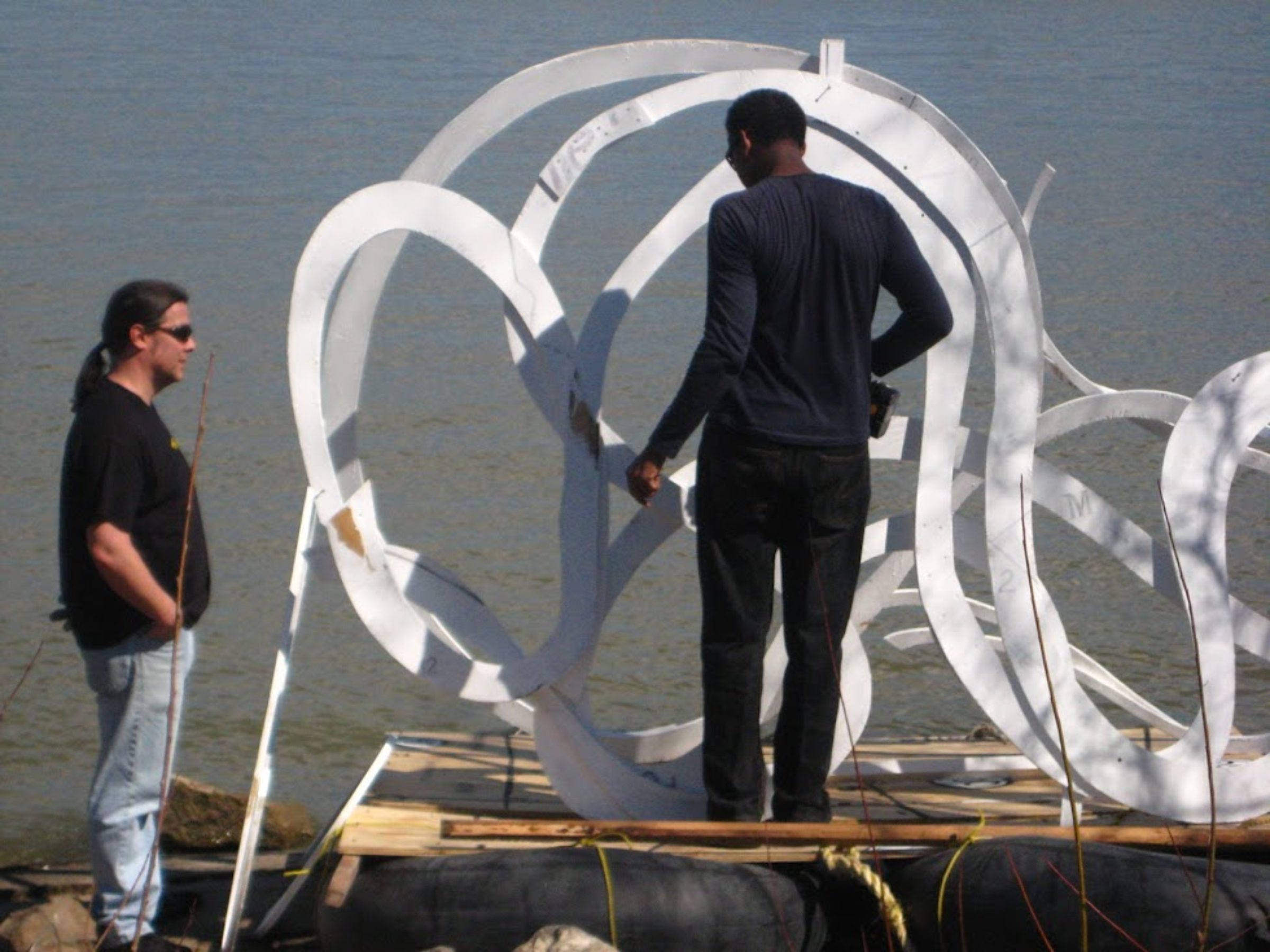 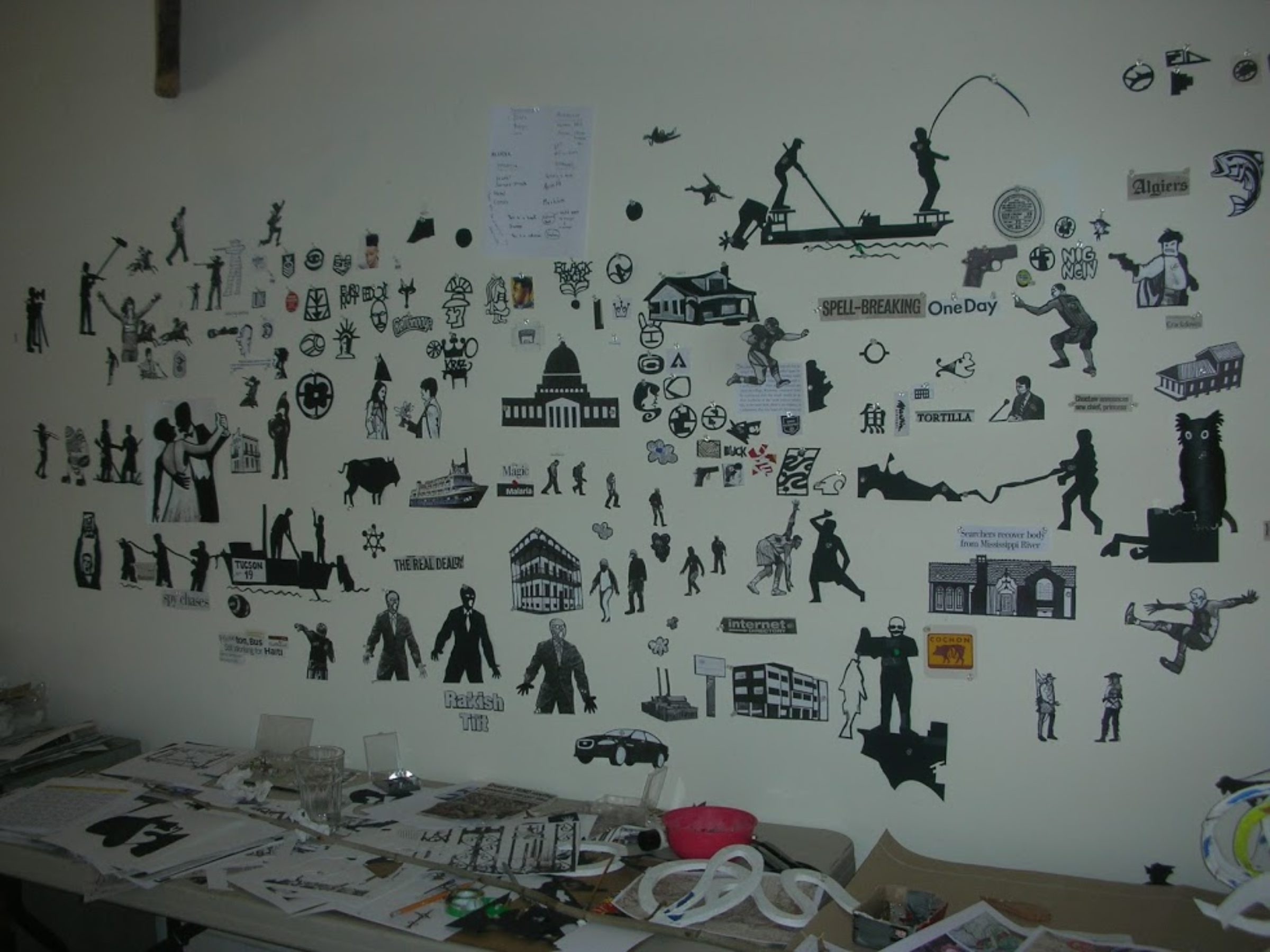 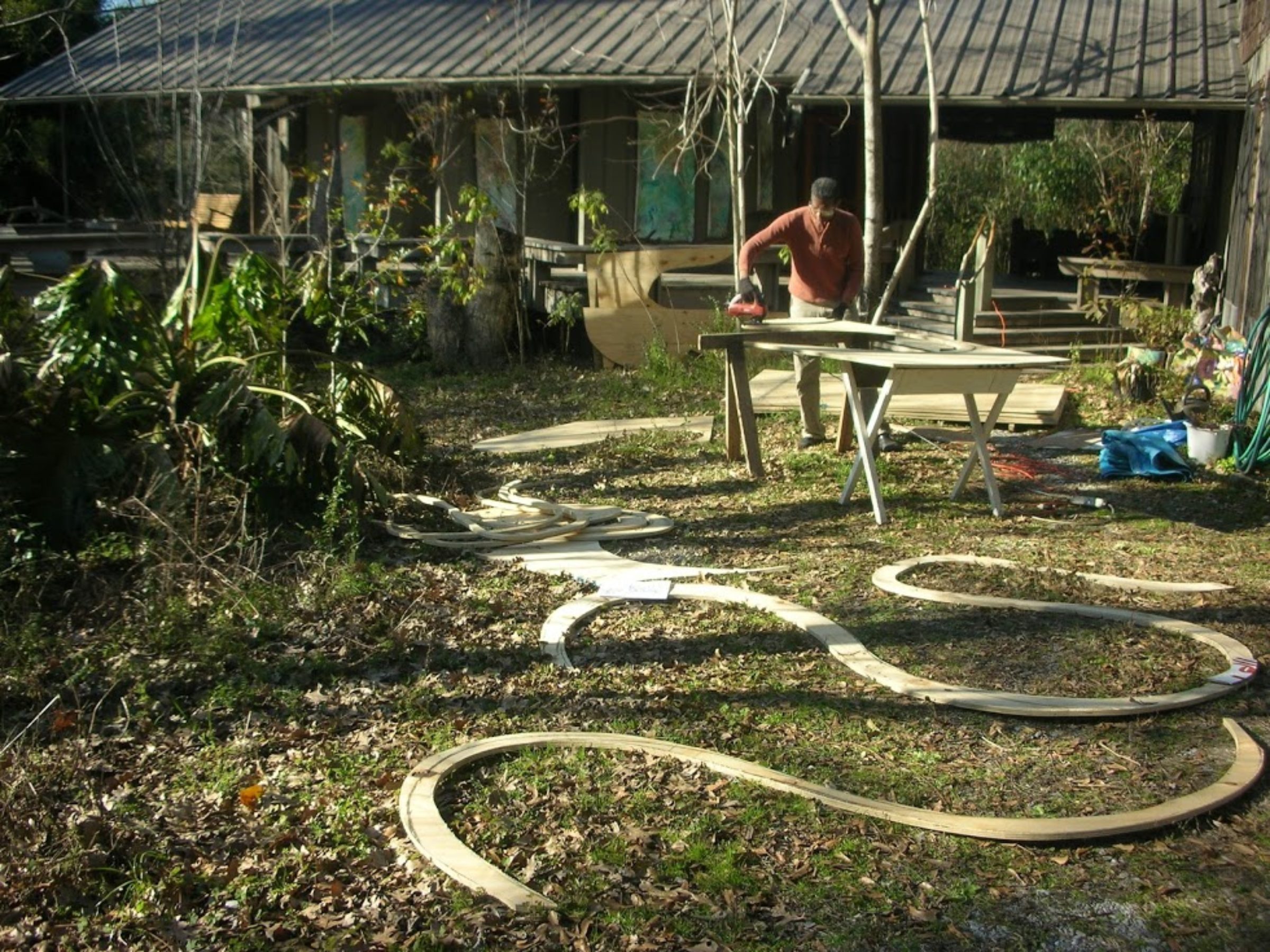 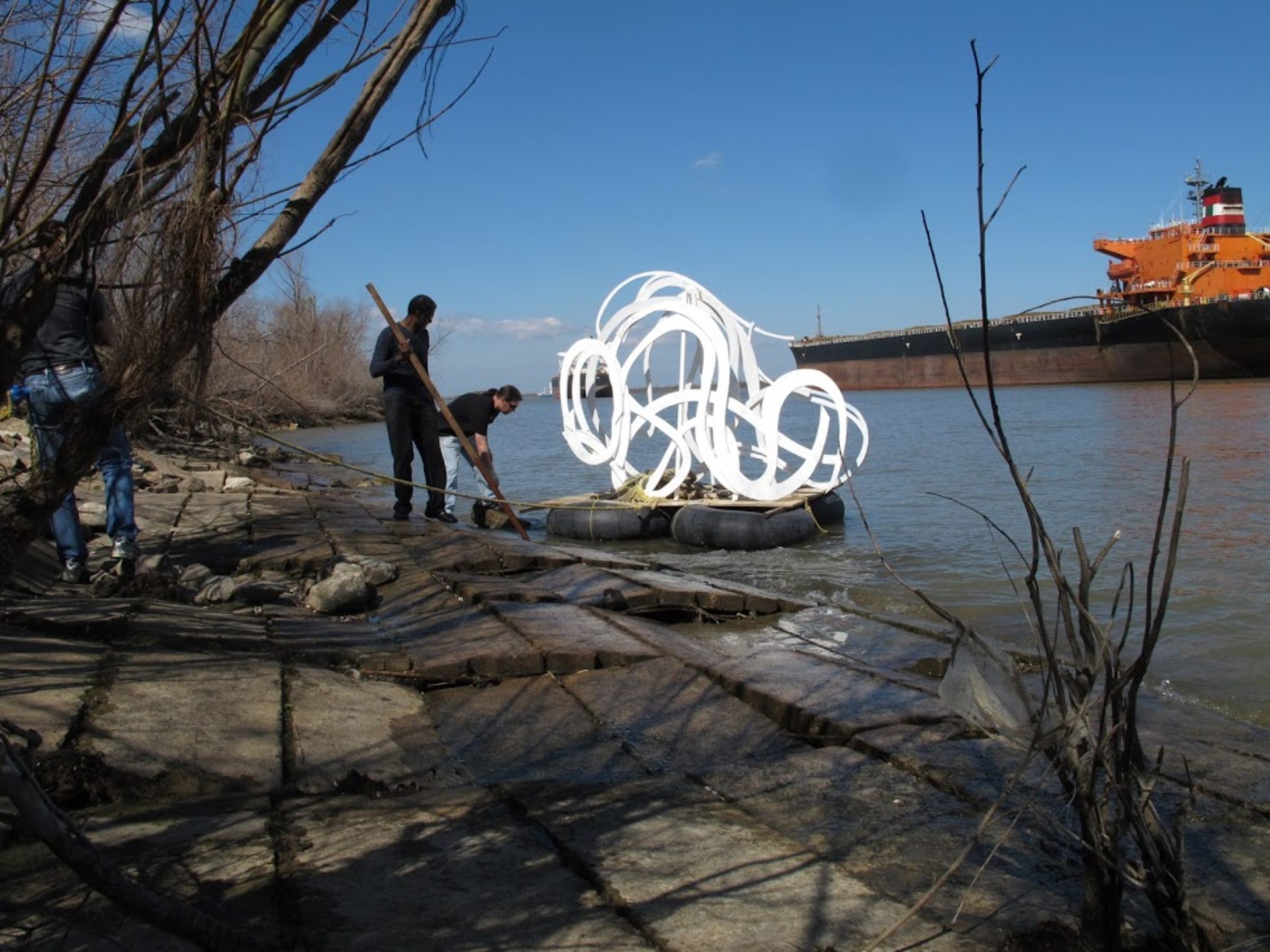 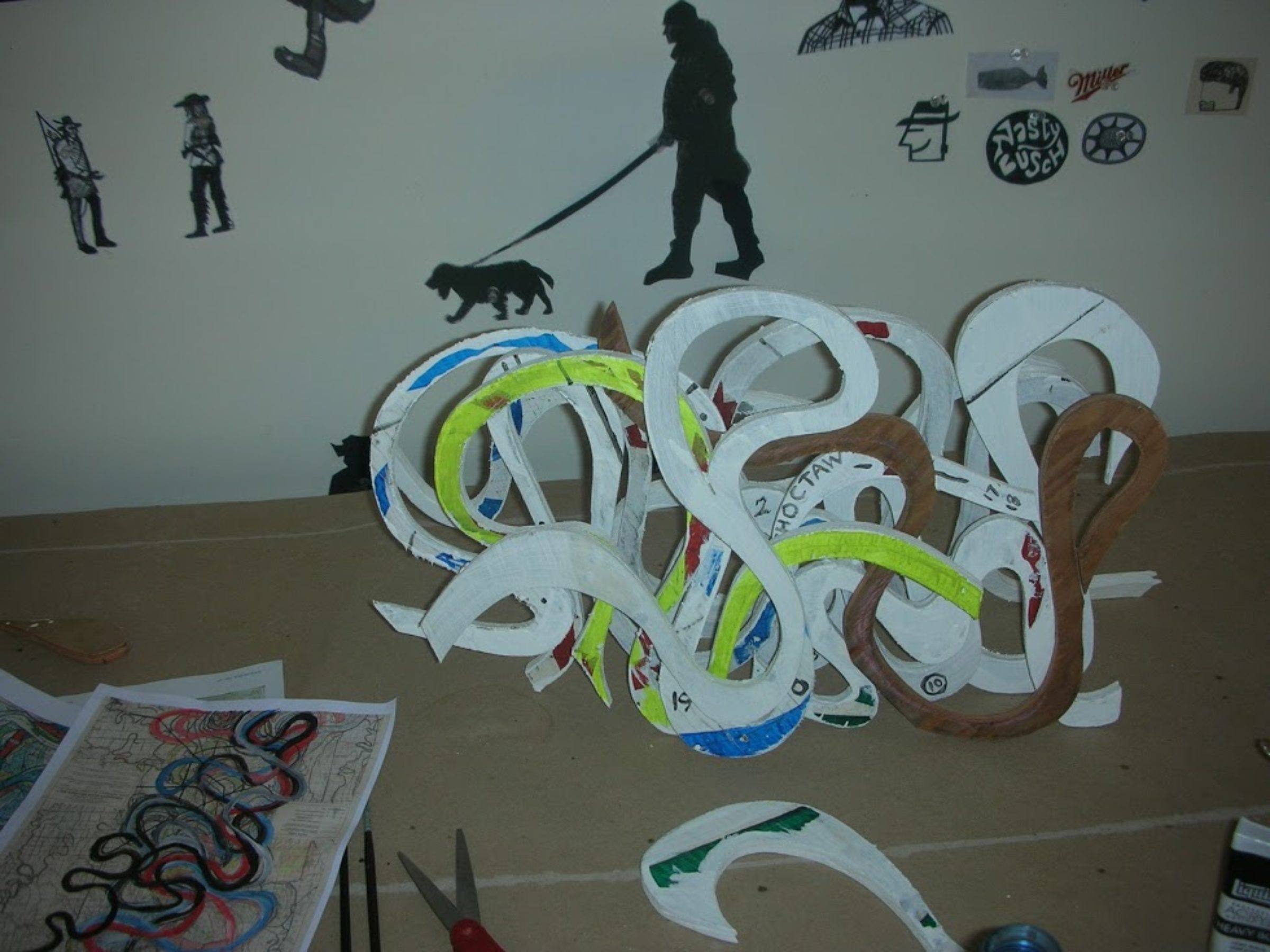 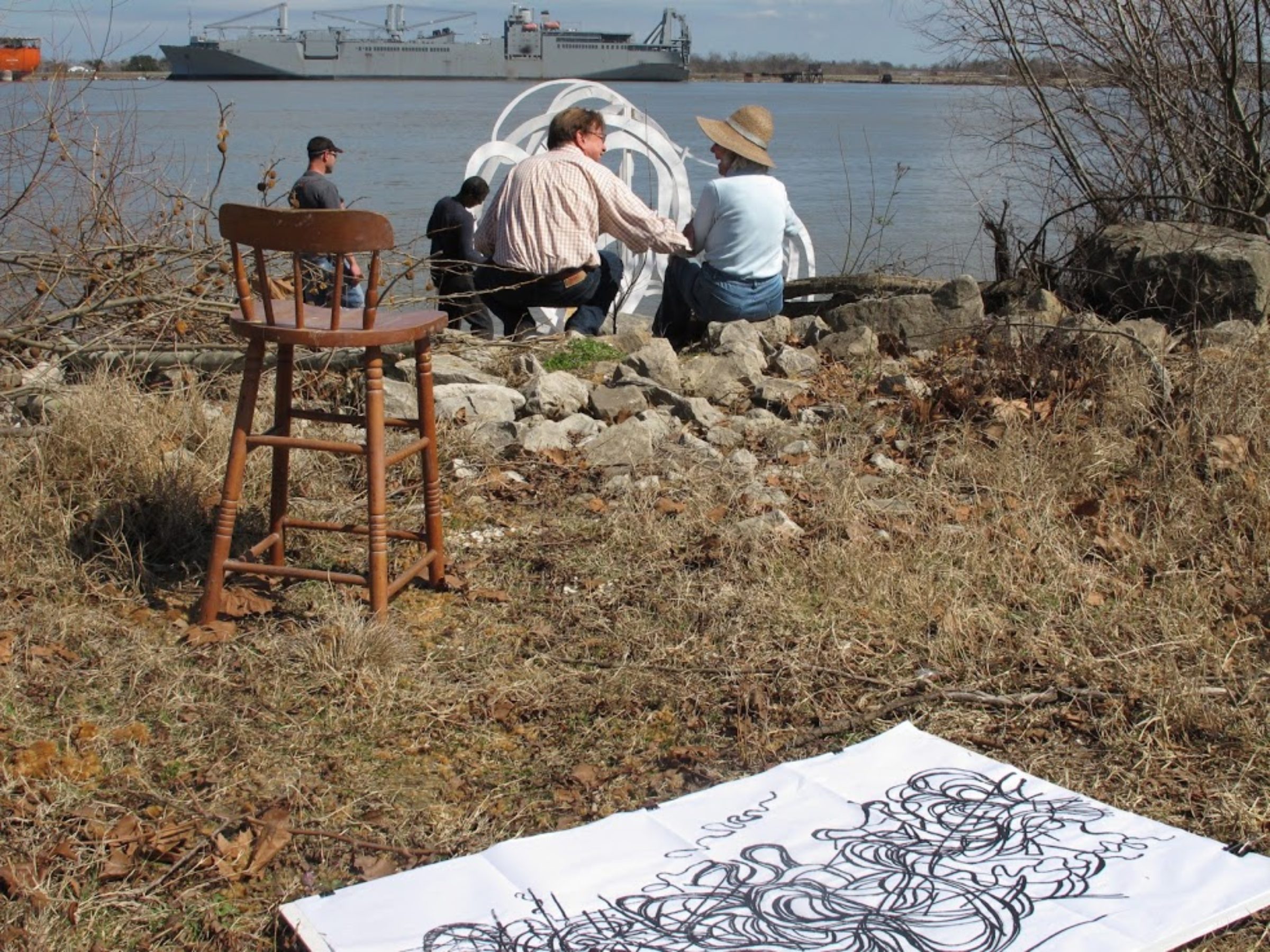 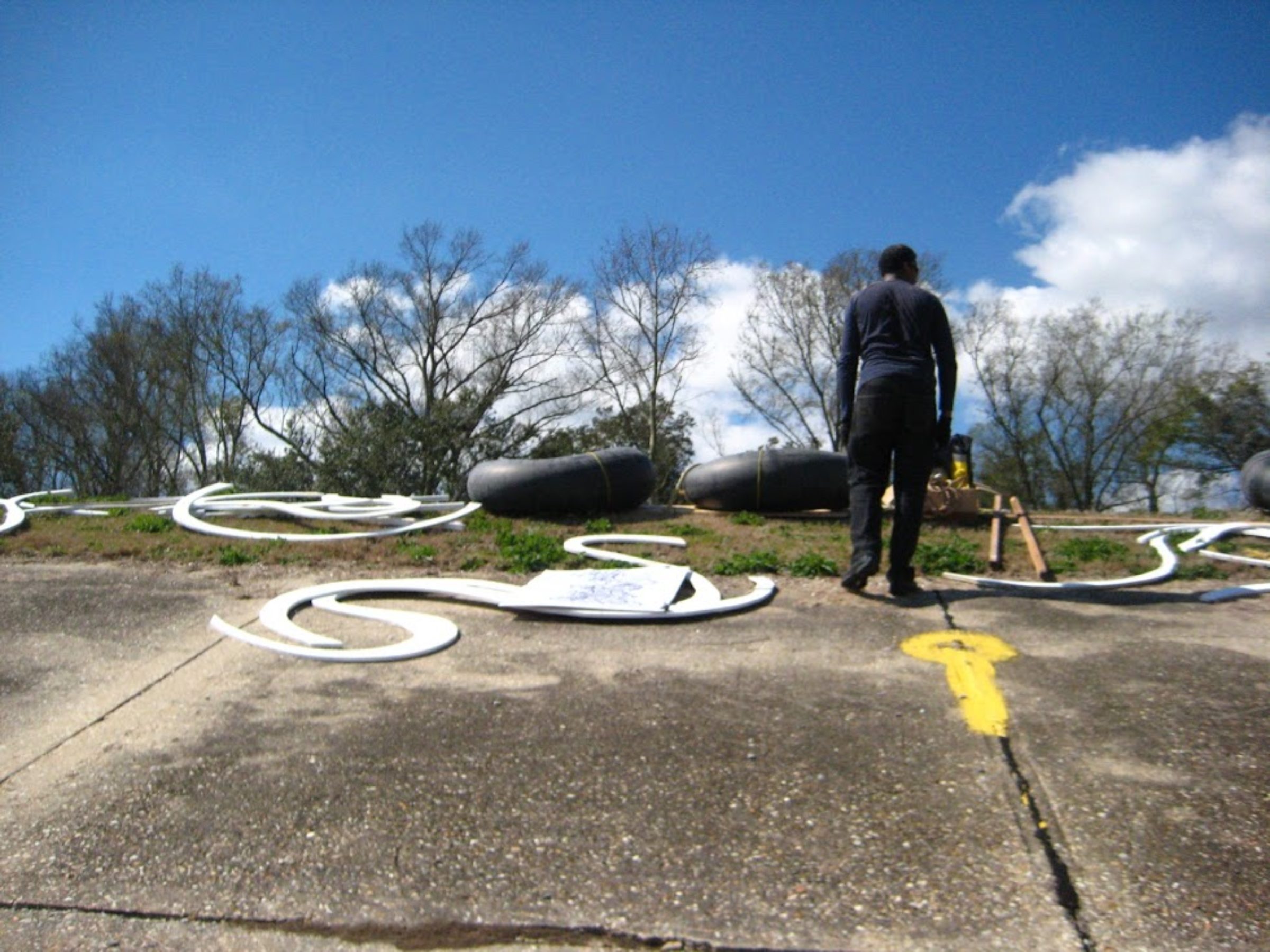 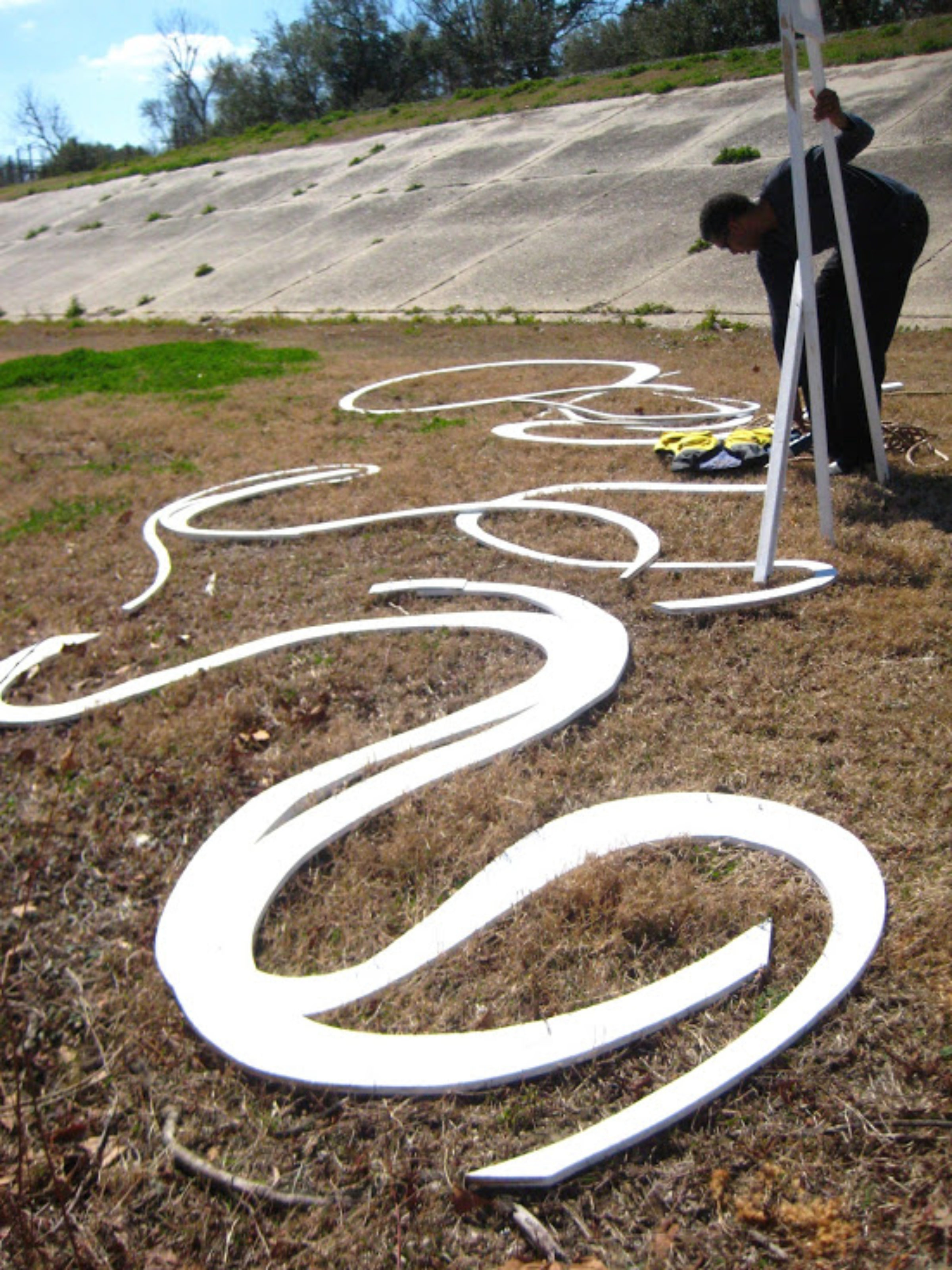 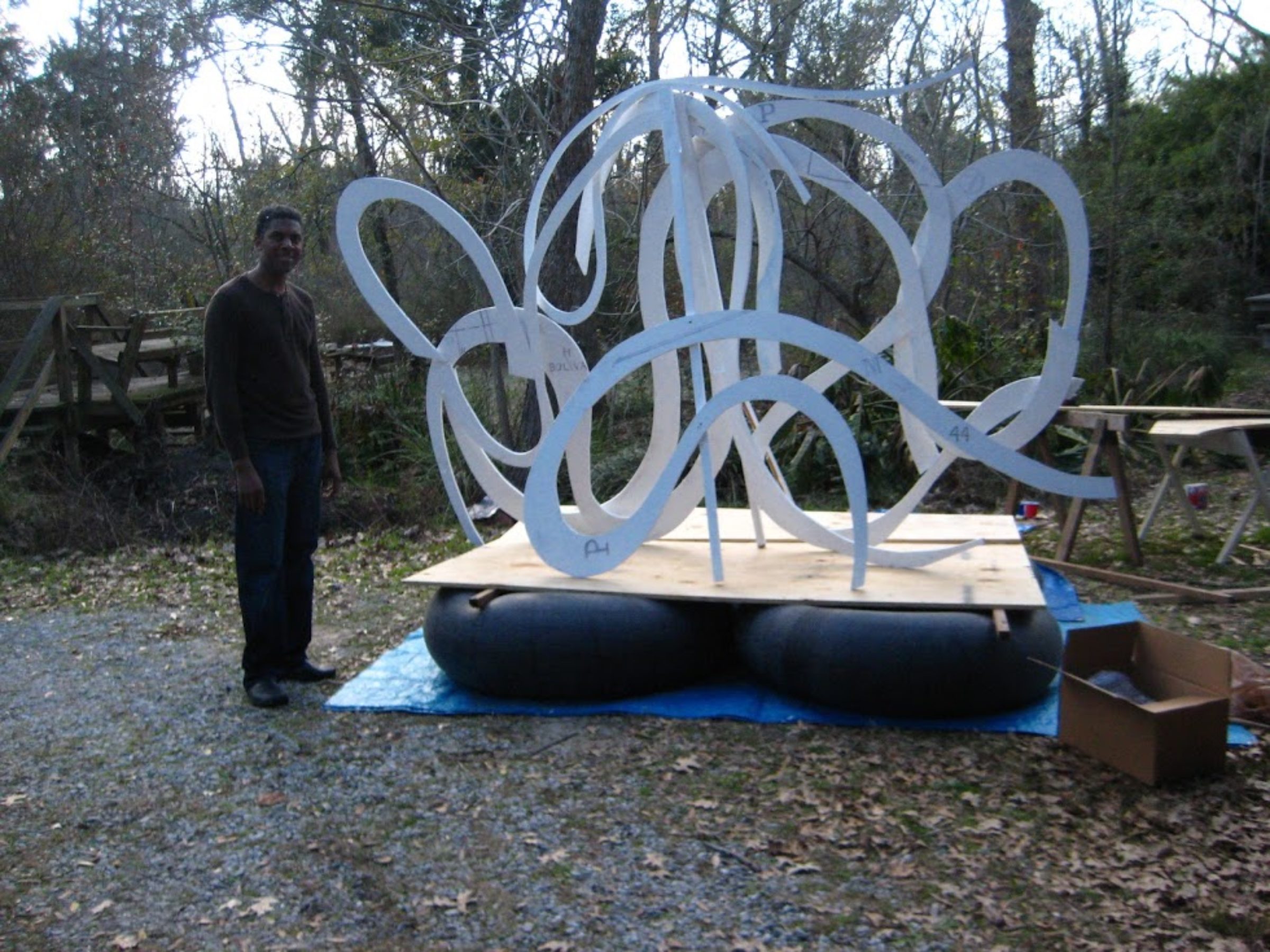 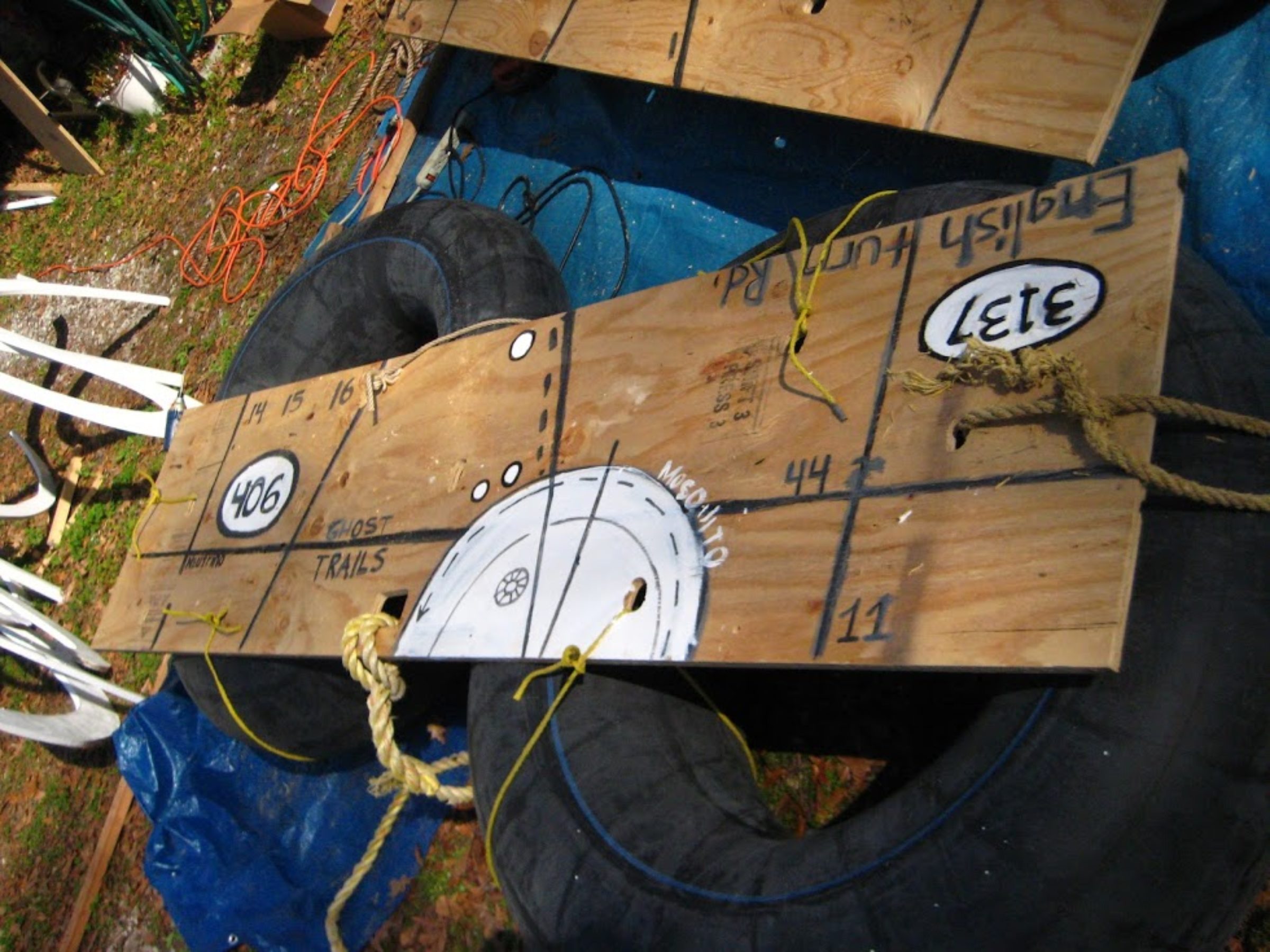 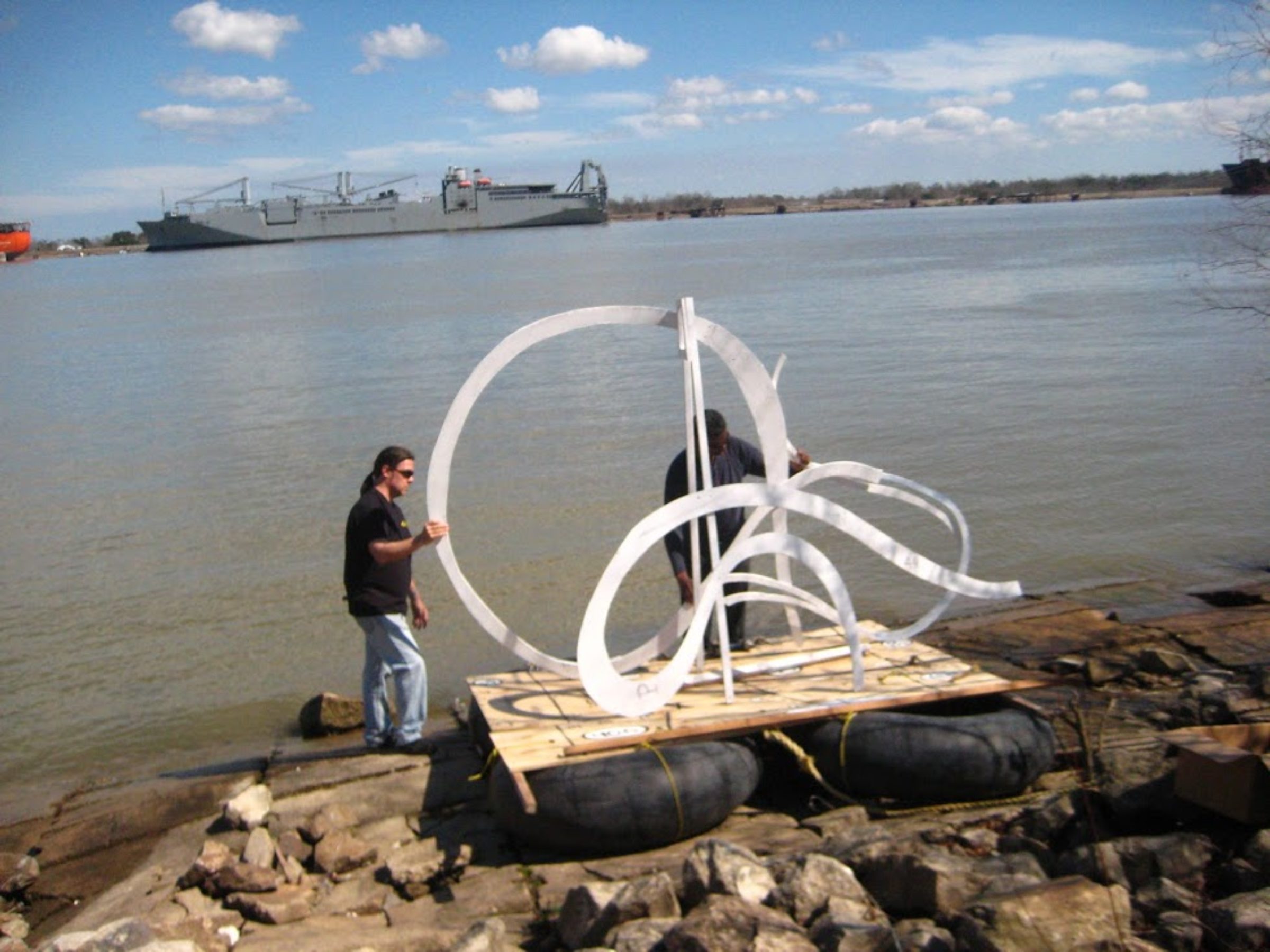