Raymond “Moose” Jackson is a performance poet whose work is not content to live in poetry readings and literary events. He regularly performs with a rock band, in theatrical settings, with jazz groups, at festivals and in the street. He has continued to perform both poetry and music throughout New Orleans at venues ranging from The French Market (kicking off the Prospect.1 Biennial with local jazz band, Magnetic Ear) to the Ladder Branch Library to Snug Harbor and The State of the Nation festival. After his residency at A Studio in the Woods, Jackson joined Dakota Sioux poet Tatanka Ohitika (Strong Buffalo) at the headwaters of the Mississippi at Lake Itasca, Minnesota and released five gallons of blessed Mississippi River water to complete a series of performance rituals meant to heal the river and carry the intentions of Gulf Coast residents to the source. He has also collaborated with ArtSpot Productions and Mondo Bizarro to write an epic poem about the Cajun legend of the werewolf known as the “Loup Garou.”

“It is impossible, I think, to begin to comprehend the cultures of New Orleans and South Louisiana without experiencing the ecosystem that they are entwined with, built upon and answerable to. It becomes apparent that our contrived landscapes are built upon highly unstable edge zones. The long-term vision inherent in other places doesn’t always function well here. Life moves to wilder rhythms and A Studio in the Woods really brings that message home, where the fragile threads that tie us back into the source of life are busy being mended.” – Raymond “Moose” Jackson 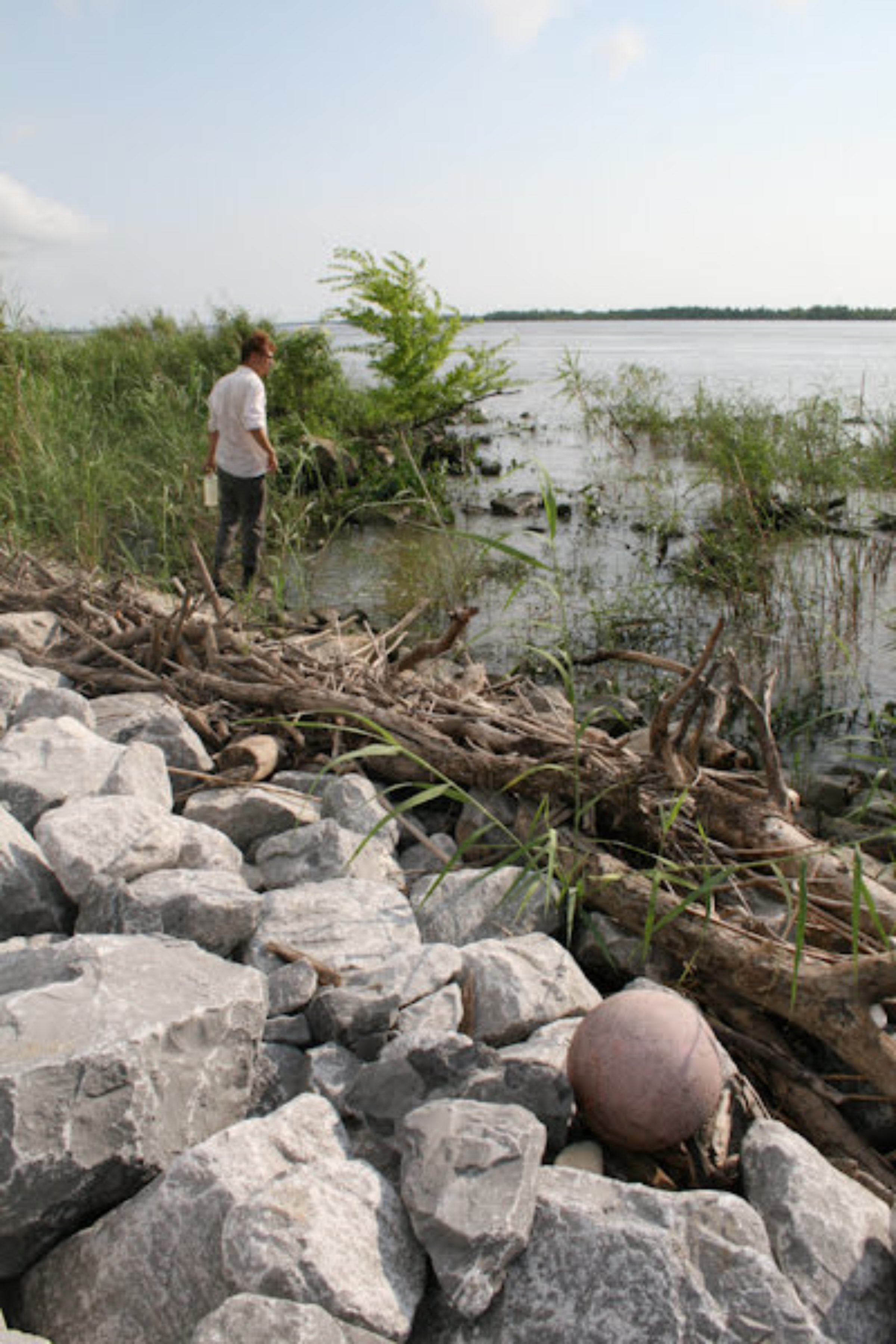 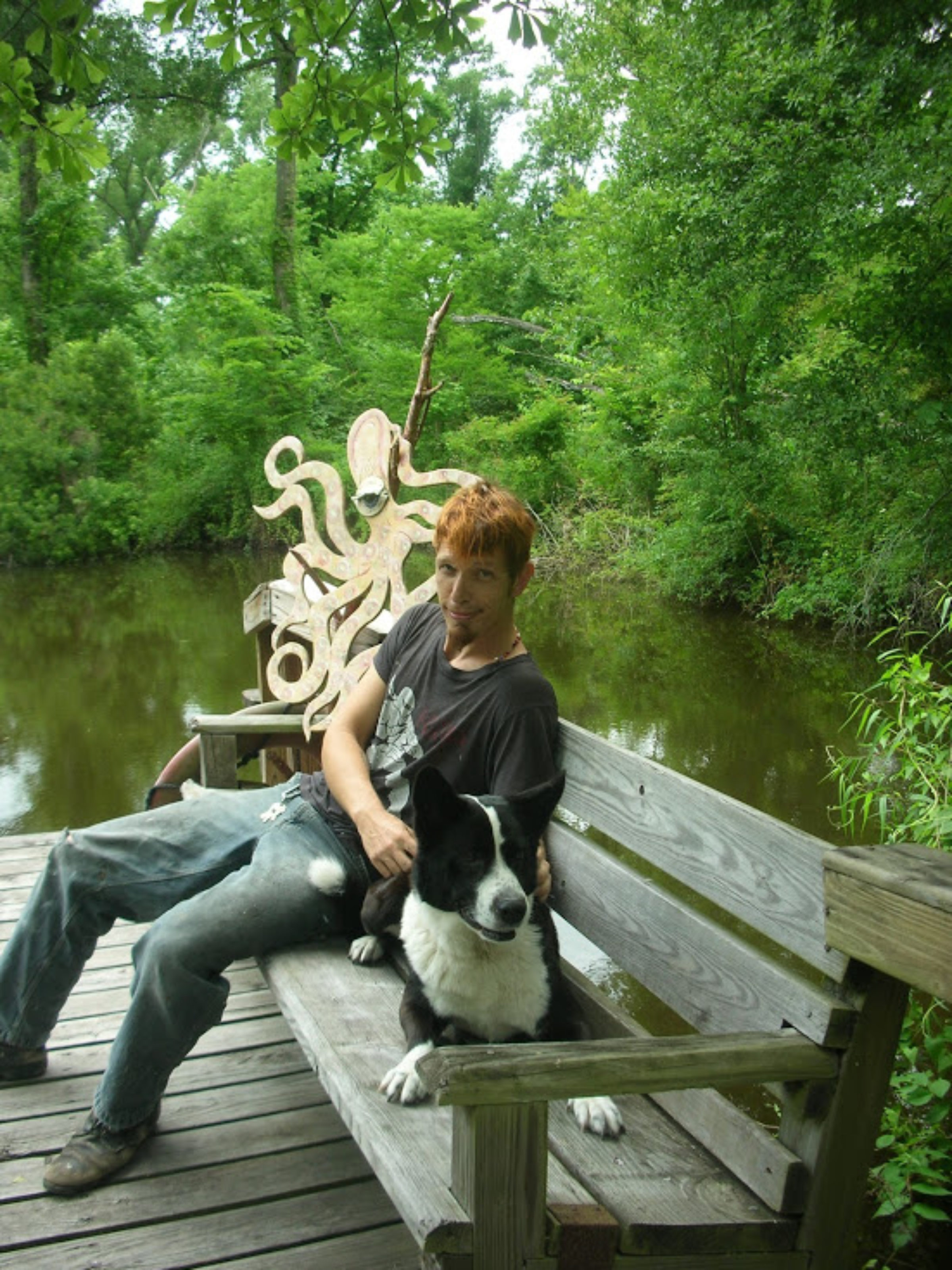 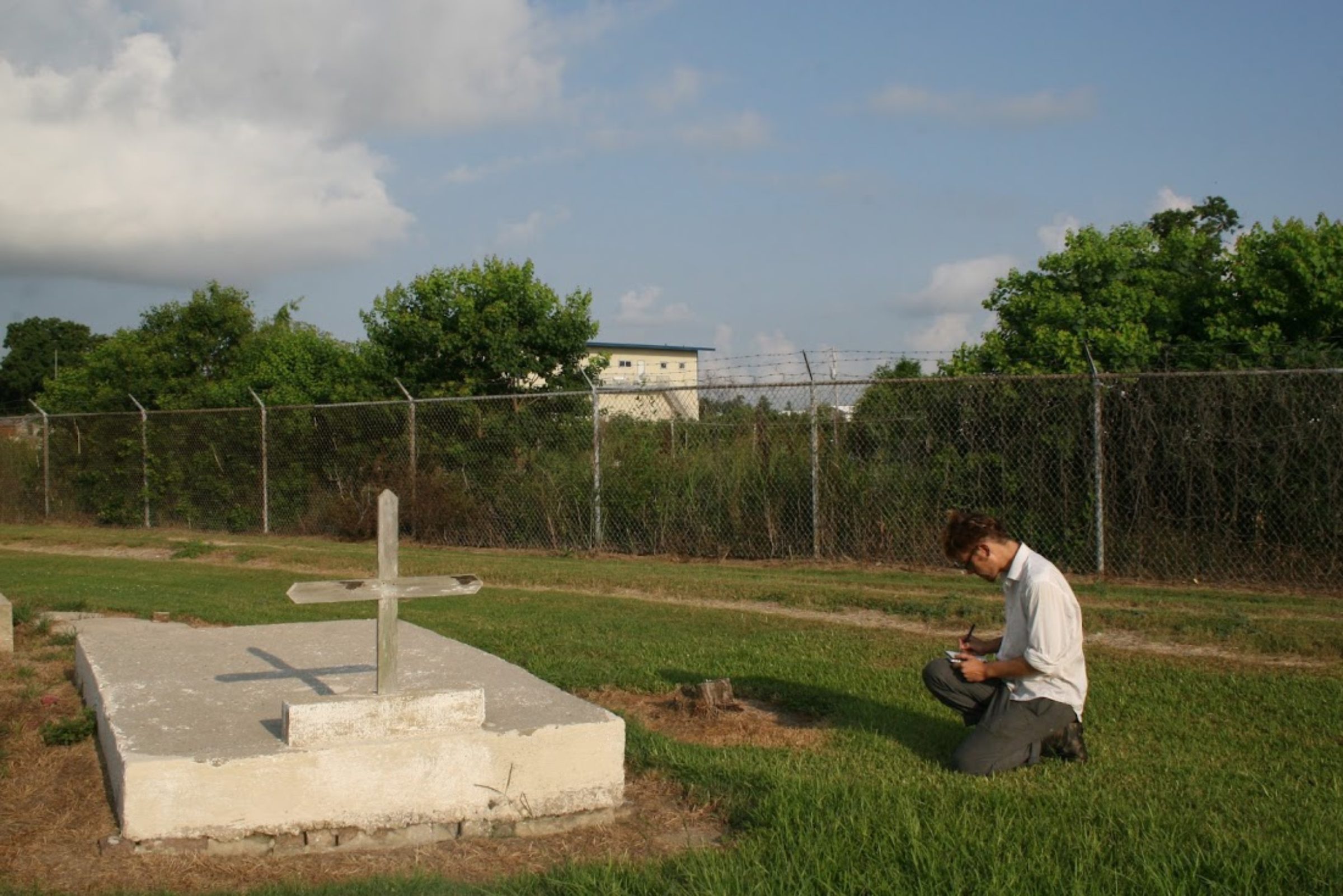 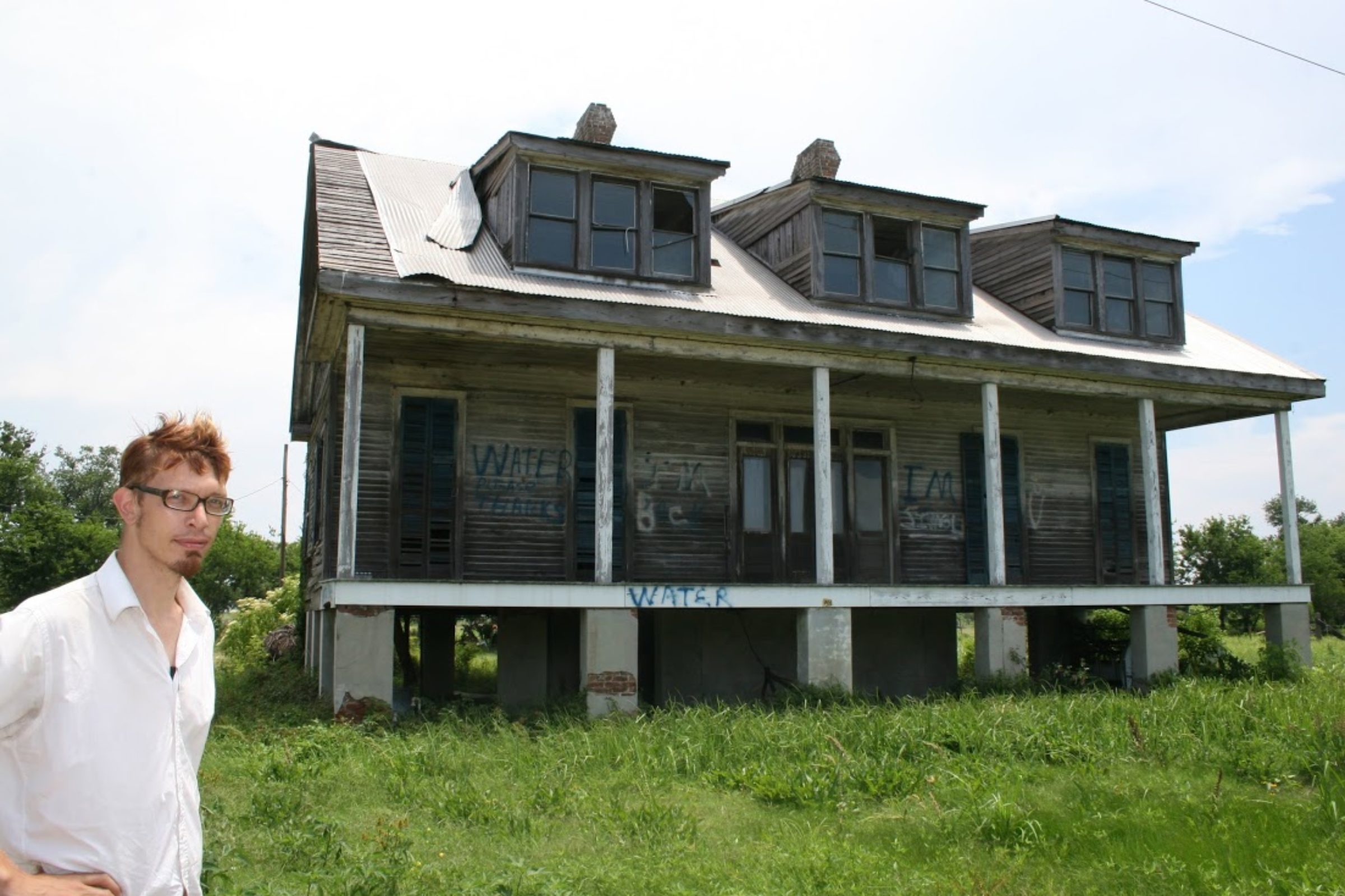 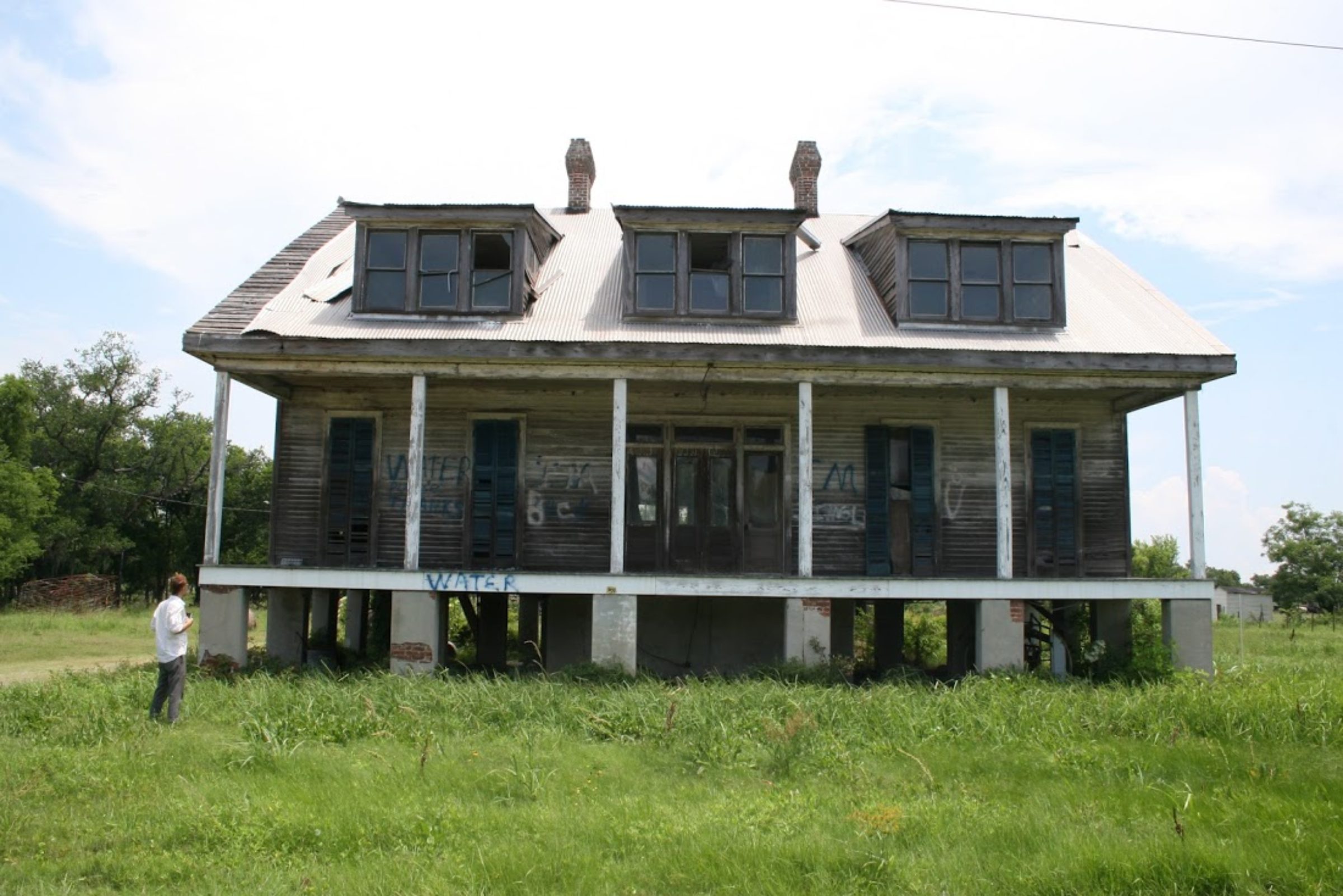