Reckoning with the History of Whiteness in New Orleans: A conversation with author Edward Ball and historian Dr. Laura Rosanne Adderley 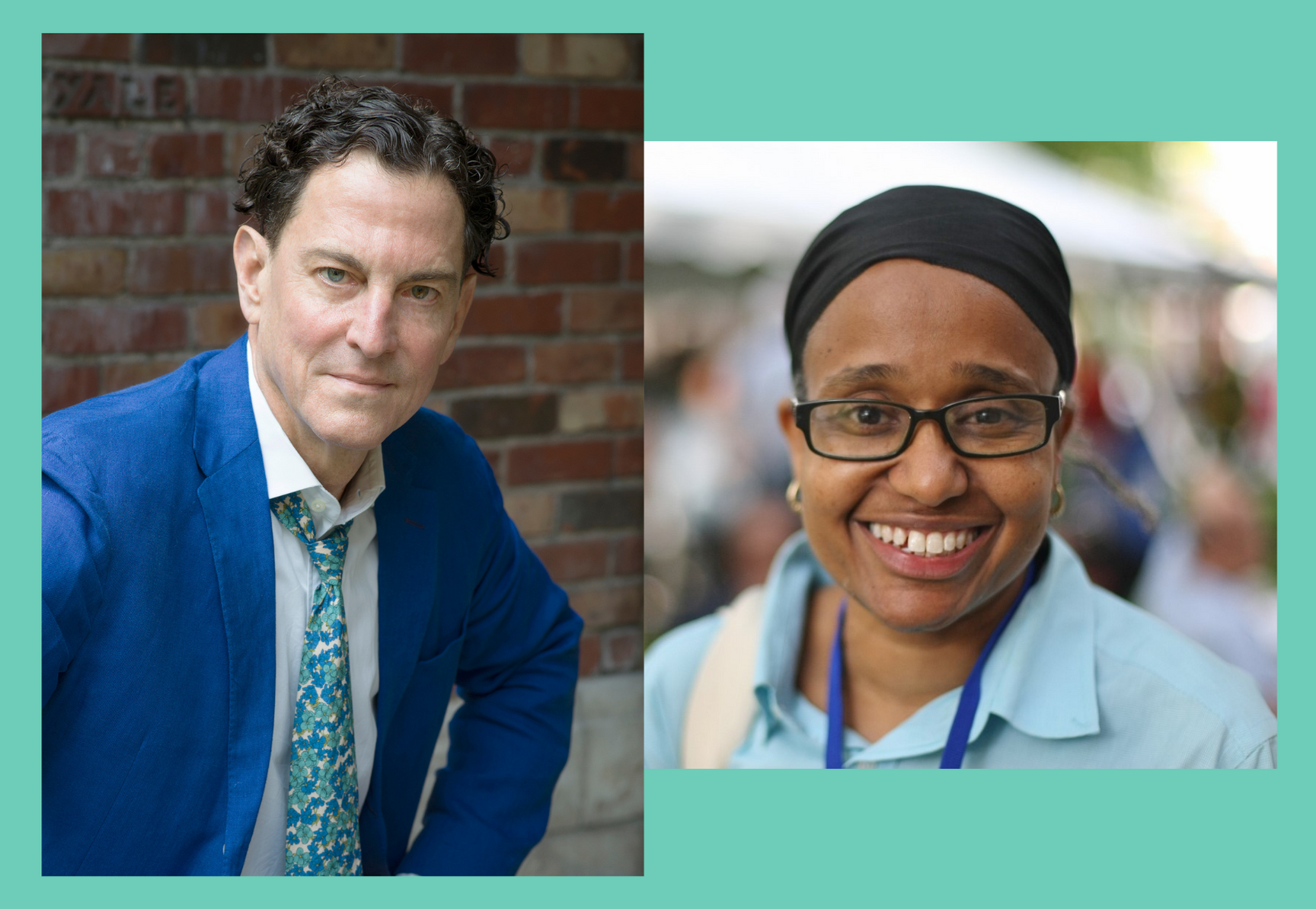 The New Orleans Center for the Gulf South and A Studio in the Woods present a virtual discussion with National Book Award winner and 2016-18 Gulf South Writer in the Woods Edward Ball and Tulane historian Dr. Laura Rosanne Adderley about Ball’s book, Life of a Klansman: A Family History in White Supremacy, which addresses painful truths of America’s racist past and present, engages with the vibrant national discussion of anti-racism, and serves as an anti-racist history of white supremacy in Louisiana. The program includes opening remarks by Dr. Anneliese Singh, Tulane University Associate Provost for Diversity and Faculty Development and Chief Diversity Officer.

Presented by the New Orleans Center for the Gulf South, housed within the Tulane School of Liberal Arts, and A Studio in the Woods, a program of the Tulane ByWater Institute, with co-sponsors Amistad Research Center and Garden District Book Shop.

Due to the volume of questions we’ve received related to the original iteration of this event, we have developed a FAQ for those interested in learning more.

Who is Edward Ball?
Edward Ball is an American author of six books of history and biography. He has been working to uncover and interrogate his family’s history as slaveholders and white supremacists since the 1990s. His first book, Slaves in the Family, an account of his family’s history as slaveholders in South Carolina, received the National Book Award for Nonfiction in 1998.  In six books of narrative nonfiction, Edward has told stories about film history, slavery, gender assignment, genetics, Black family history, and white supremacy. Edward has taught at Yale University and the State University of New York. He has been awarded fellowships by the Radcliffe Institute, at Harvard, and the New York Public Library, and is the recipient of a Public Scholar Award from the National Endowment for the Humanities. To view a sampling of previous talks with Ball, please visit: https://www.edwardball.com/talks.

Is Edward Ball a klansman?
No. Edward Ball is not a klansman, nor was he ever a klansman or a white nationalist. His maternal great great grandfather Constant Polycarp Lecorgne participated in antebellum, Confederate, and Reconstruction-era militarized and vigilante racial terrorism. Several of his ancestors, on his maternal and paternal sides, enslaved people of African descent.  His book explores the violence of these ancestors through a strongly critical lens.

Why was Edward Ball selected as the inaugural Gulf South Writer in the Woods?
ASITW and NOCGS selected Edward Ball because of the wide impact of his earlier book Slaves in the Family and our understanding that the histories of the global construction of race theory, 19th century white terrorism in New Orleans, and the 19th century Black civil rights movement in New Orleans are all still widely underknown. The selection committee, made up of representatives from ASITW and NOCGS, felt that Ball’s research and storytelling would help make these important, intertwined, and timely narratives accessible to wide audiences.

During his tenure as the pilot Gulf South Writer in the Woods, ASITW and NOCGS hosted Edward Ball in several lectures on the impacts of slavery and a workshop he co-designed and led with Greg Osborn, New Orleans Public Library Archivist, called Inheriting Whiteness: A Workshop About Slavery, Race Mixing, and White Ancestors in Family History.

What is Life of a Klansman: A Family History of White Supremacy about?
Life of a Klansman is an anti-racist microhistory focused on Ball’s great great grandfather, Polycarp Constant Lecourgne. Microhistory is a method that studies dynamics amongst individuals and small groups to shed light on larger social movements and issues. Through his focus on one ancestor, Ball tells the story of white supremacy in New Orleans, Louisiana, and the country at large. In the book, Ball tracks the construction of race theory, campaigns of white terrorism, and the history of Black-led resistance to that violence. Along the way, Ball reckons with his personal relationship to this history—addressing how recent this past is and how it lives in his body, imagination, and reality today. In effect, within this personal strand, he stands in for the millions of white people in the United States who are contemporary descendents of the Klu Klux Klan and for all people who benefit from white privilege.  He interviews multiple descendants of the 19th century Black-led civil rights movement to better understand the lasting impacts of klan violence today. Throughout the book, Ball reckons personally with these intertwined histories and their implications for our nation today.

Is Tulane University part of this story?
Tulane University appears throughout Life of a Klansman. In the 1850s, Tulane—then named the University of Louisiana’s School of Medicine—was the premiere white academic setting in New Orleans and home to faculty and national-circuit lecturers who were instrumental in creating and popularizing cruel, pseudo-scientific codifications of race and false representations of human biology that fueled white supremacy, violence, and terrorism. (For further detail, see Dr. Josiah Nott, Tulane professor of anatomy and author of Indigenous Races of the Earth, pp. 97-101, and Dr. Samuel Cartwright, “race philosopher” circuit lecturer, pp. 107-108.) During Reconstruction, on Commons Street, Tulane—while still named the University of Louisiana—was the meeting hall for one of the councils of the white vigilante terrorist group Knights of the White Camellia. Today, there is a growing call for our institution to expose its white supremacist history, and we intend for this event to add to the collective working knowledge of this history.

Why was this book discussion rescheduled?
The Life of a Klansman book discussion was originally scheduled for August 2020 and had more than 240 registrants. The event was timed to coincide with the national release of the book and organized in accordance with the intentions outlined in the Event Objectives section above. However, these intentions were not adequately publicized and many Tulane community members raised concerns related to the event, including but not limited to its timing, framing, publicity, and potentially harmful impact. We decided that rescheduling the event would give us time both to frame it in better accordance with our intended goals and to organize the event more rigorously to achieve those goals. In our planning for the rescheduled event, we have tried to address concerns brought up by our community. From multiple correspondences and meetings, we understand that our choice to host the event remains controversial and that our campus community holds a wide spectrum of opinions as to whether it is healing or harmful to host critical discussions about the histories of and ongoing presence of white supremacy in our lives, institution, and the world writ large.

Why should a descendent of a KKK member be leading a conversation about whiteness and white violence and domestic terrorism right now?
As an academic institution, we believe the conversation about the history of white supremacy in our institution, city, and nation should be ongoing. The insurrection at the U.S. Capitol in January 2021 makes clear the need for us to understand from where—psychologically and logistically— white radical terrorism erupts and is sustained and maintained. The Civil War and Reconstruction-era insurrection and sedition detailed in Ball’s book serves as an historical precedent to what unfolded this year and illuminates what made conditions ripe for this sort of terrorism. By Ball’s estimate, 50% of white people in this country have ancestors who belonged to white supremacist groups at some point in its history, and Ball provides a powerful example for how this large portion of the population can begin to face and reckon with their own families’ participation in anti-Black violence. This recognition and self-knowledge is an anti-racist act and a vital step towards undoing systems of oppression.

Is Edward Ball profiting off of his family’s history of racism?
Edward Ball is the author of two books that chronicle the histories and living legacies of racism and racialized violence in his family. These first-person projects and their distribution draw out questions about whether it is ethical for white scholars and artists to profit, financially or in reputation, from anti-racist work. What does it mean for white people to earn compensation or stature for their time, skillsets, and energy attempting antiracist work? This is a complex question that has been and will continue to be addressed by anti-racist organizers. As acknowledged above, our groups chose to support Edward Ball in the creation of this manuscript.

What is the value of this book?
These two responses to the book resonated for our teams:

“In this compelling narrative of the life of a klansman, Edward Ball reckons with the history of whiteness that has shaped the U.S. and which is his personal inheritance. Ball confronts the violence and hatred at the foundation of white authority and privilege by recounting his great-great-grandfather’s worldview and acts of brutality. It is easy to recoil from the ugliness documented in these pages; much more difficult is the task of acknowledging that murder and terror are the bedrock of the nation. Life of A Klansman is a must-read, now more than ever.” —Saidiya Hartman, professor of English and comparative literature at Columbia University and author of Wayward Lives, Beautiful Experiments

“Ball’s direct but nimble prose cuts the contours of Constant Lecorgne’s life and grapples simultaneously with the coherent outline and structure that whiteness imposes . . . Though he claims Life of a Klansman is an investigation of his matrilineal ancestor, Ball has engineered another kind of coup: a public reckoning with white supremacy . . . Ball’s book is about the postbellum US and the US in 2020; it’s looking both directions at once.” —Walton Muyumba, The Boston Globe

How can I learn more about the presenting organizations?
Please begin by visiting our websites and reach out if you would like to connect with our teams.