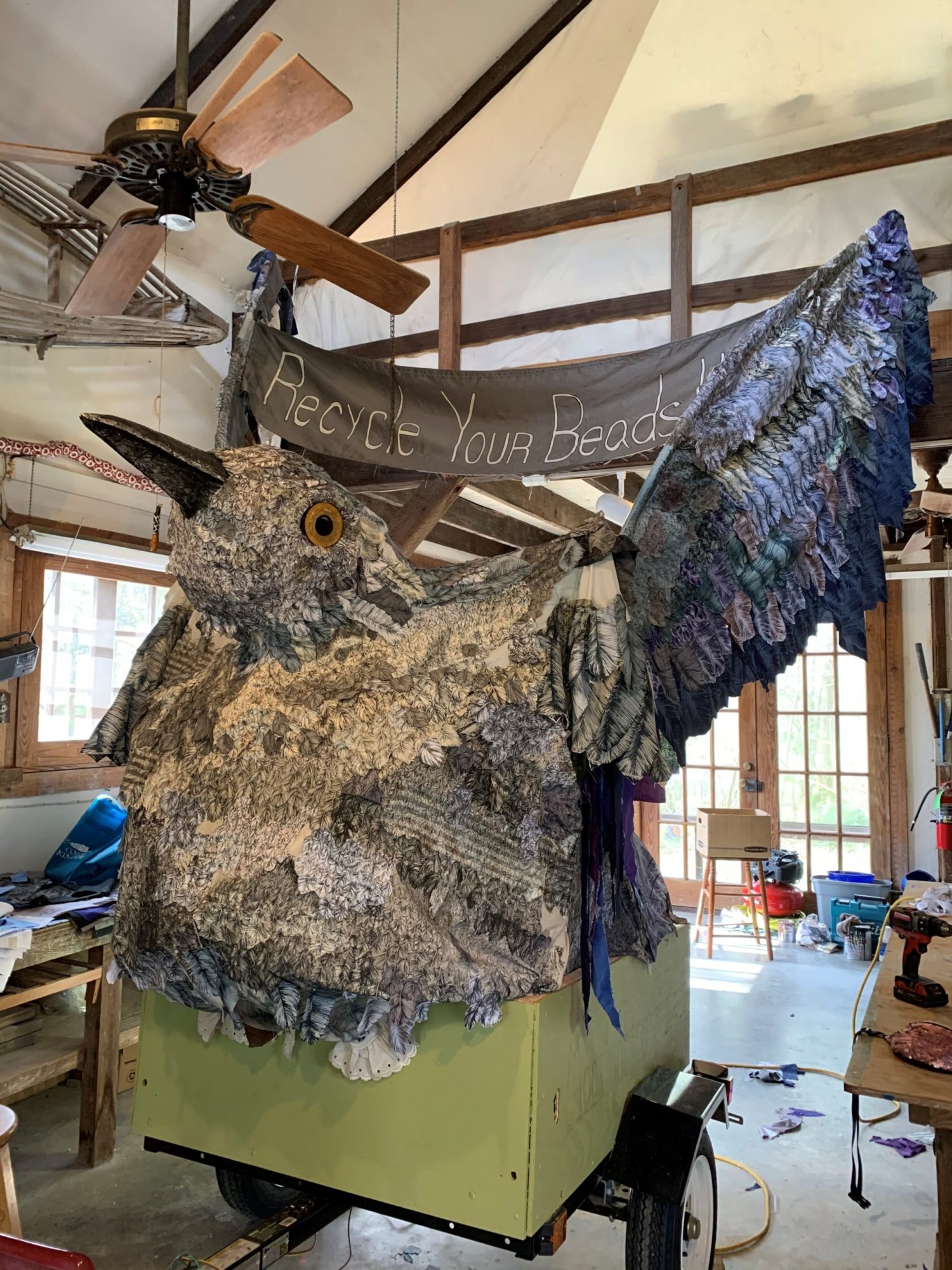 Recycle your beads with the Mockingbird Project! Artist Pippin Frisbie-Calder, scientists from Karubian Lab, and community volunteers will be out on the Uptown parade route (Napoleon between Magazine and St. Charles) to recycle Mardi Gras Beads and raise awareness about lead contamination in the city. Bring us your beads and we will exchange them for a hand-made throw and recycle them. Sunday, February 23, 1:30pm – 5:30pm.

A Studio in the Woods is working in collaboration with Tulane biologists Dr. Jordan Karubian and PhD student Annelise Blanchette to host an artist residency for printmaker Pippin Frisbie-Calder to raise awareness about urban birds and lead contamination in New Orleans with themes related to both public health and the well being of all living creatures. As in many older cities around the world, lead contamination represents an important health risk to both human and animal inhabitants of New Orleans. Ongoing work by Dr. Jordan Karubian and colleagues suggests that high levels of lead in some New Orleans neighborhoods may impact the behavior and reproductive success of urban songbirds. In this way, these songbirds may serve as “canaries in the coal mine” for the risks associated with lead contamination, with the potential to raise awareness about this important but sometimes under-appreciated issue. The artist will collaborate closely with scientists from Karubian Lab and staff at A Studio in the Woods to understand the effects of lead and develop provocative community engagement using the shared platform of Mardi Gras as a vehicle to reach a broad swath of local residents.

A key component to this project will be getting toxic beads out of the trash and into recycling programs. In addition to high levels of lead in New Orleans from historic contamination, Mardi Gras beads have been shown to have high levels of heavy metals. Objects tossed off of Mardi Gras parade floats, called ‘throws’ locally, comprise approximately 25 million pounds of trash produced annually during the two week celebration. Our intention is to incentivize people to recycle their beads by exchanging them for a beautiful, eco-friendly, handcrafted throw. Thanks to GroundsKrewe.org and ArcGNO.org for assistance in recycling our beads!