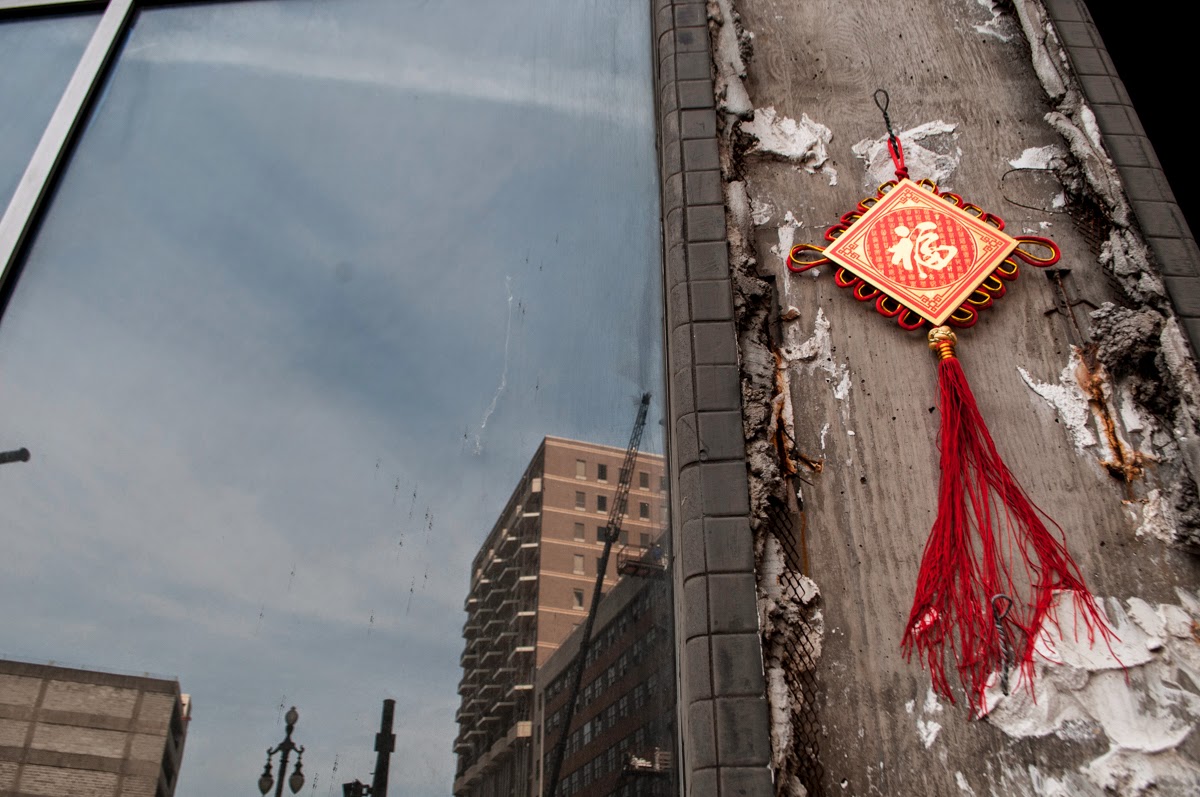 The work will be on view from the street through March 29th as a storefront installation.

CBD (Chinese Business District) inserts visual memory into the built environment of what was once New Orleans’ Chinatown. From the 1880s through the 1930s, the largest Chinatown in the southeastern United States was scattered over several blocks in what became New Orleans’ Central Business District (CBD). Almost all the buildings from this time are gone and no photographs of them exist. Most New Orleanians have no idea what was once there.

For CBD (Chinese Business District), artist Maria Möller partnered with geographer Richard Campanella as part of A Studio in the Woods’ Flint and Steel Residency. Using Campanella’s research as a guide, Möller created Lunar New Year installations on sites that were once part of Chinatown. The installations and the photographs created of them reference the layers of lived experience that form the bedrock of a city: a unique cultural enclave, urban development, urban decay, and then urban development once again.

The exhibit’s opening reception will include a presentation by Richard Campanella on the historical geography of this area, a short walking tour of the places that once were part of New Orleans’ Chinatown, and a presentation by the artist about the project’s process, which included time spent with the close-knit community that is descended from the immigrants who built this early Chinese American business district.

Articles:
“The lost history of New Orleans’ two Chinatowns” by Rich Campanella for the Times Picayune
“In New Orleans, Reviving the Memory of a Forgotten Chinatown” by Tanvi Misra for The Atlantic’s Citylab

Many thanks to Wisznia | Architecture + Development for hosting the exhibit at The Saratoga. Maria is one of four artists awarded a Flint and Steel Residency at A Studio in the Woods this Spring. These residencies match artists with faculty members to create risk-taking new works designed to ignite social change. Flint and Steel Residencies are sponsored in part by The Max and Victoria Dreyfus Foundation and Tulane/Xavier Center for Bioenvironmental Research.